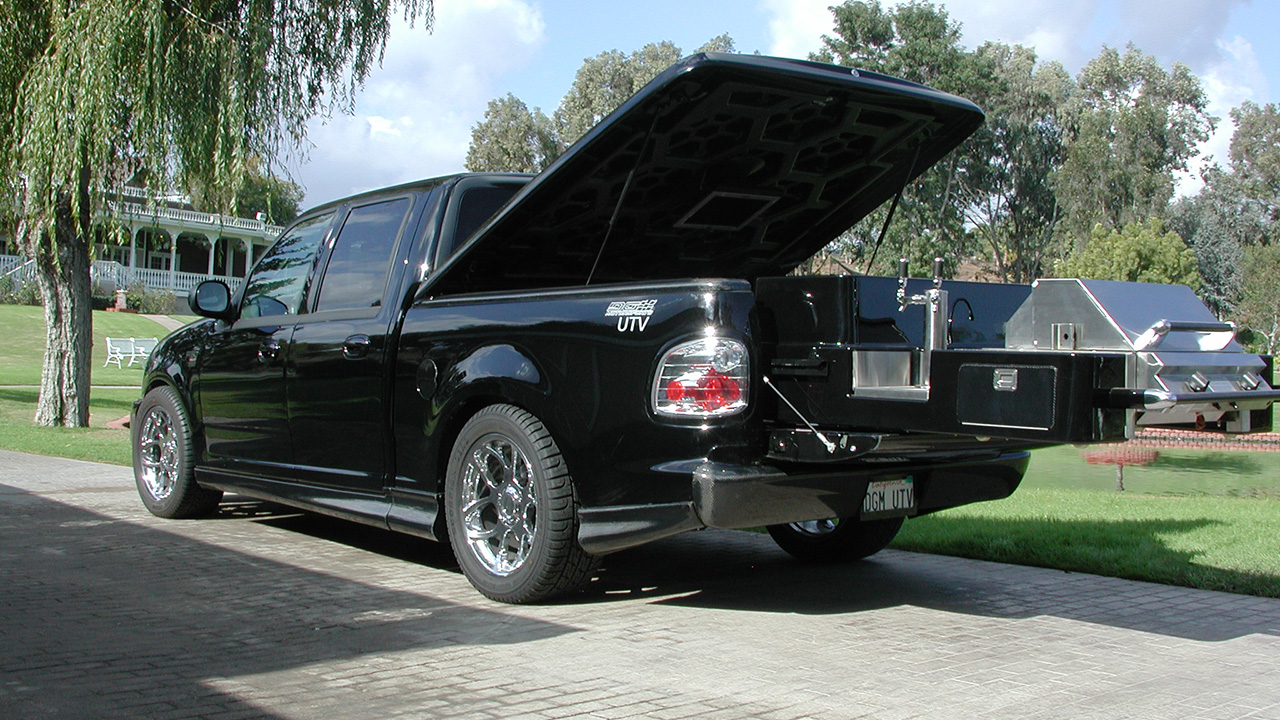 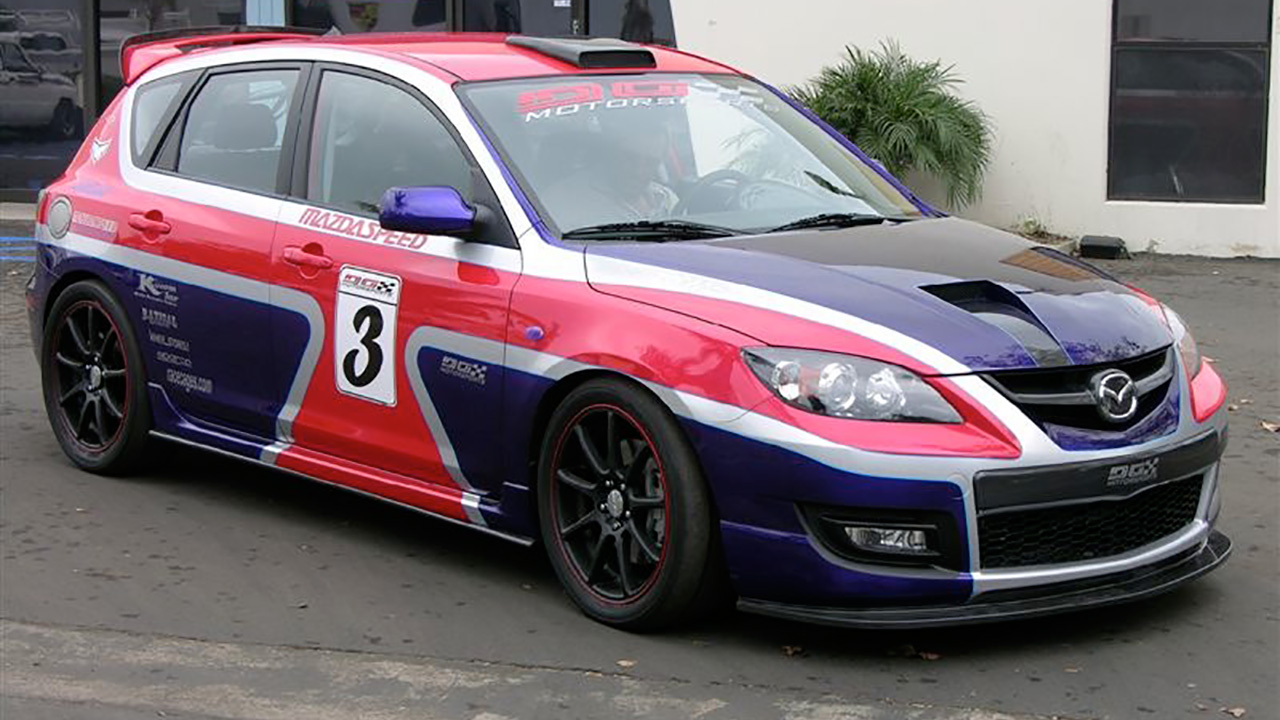 The Mazdaspeed 3, converted to ALL WHEEL DRIVE. This popular car goes Time Attack. With the invaluable assistance of Tony Woodford of AWR Racing, David Green turned this car into a racing dream. The exclusive body styling components are a hot-seller, available at DGM or one of our authorized retailers. Check out the VIDEO of this car at the track! 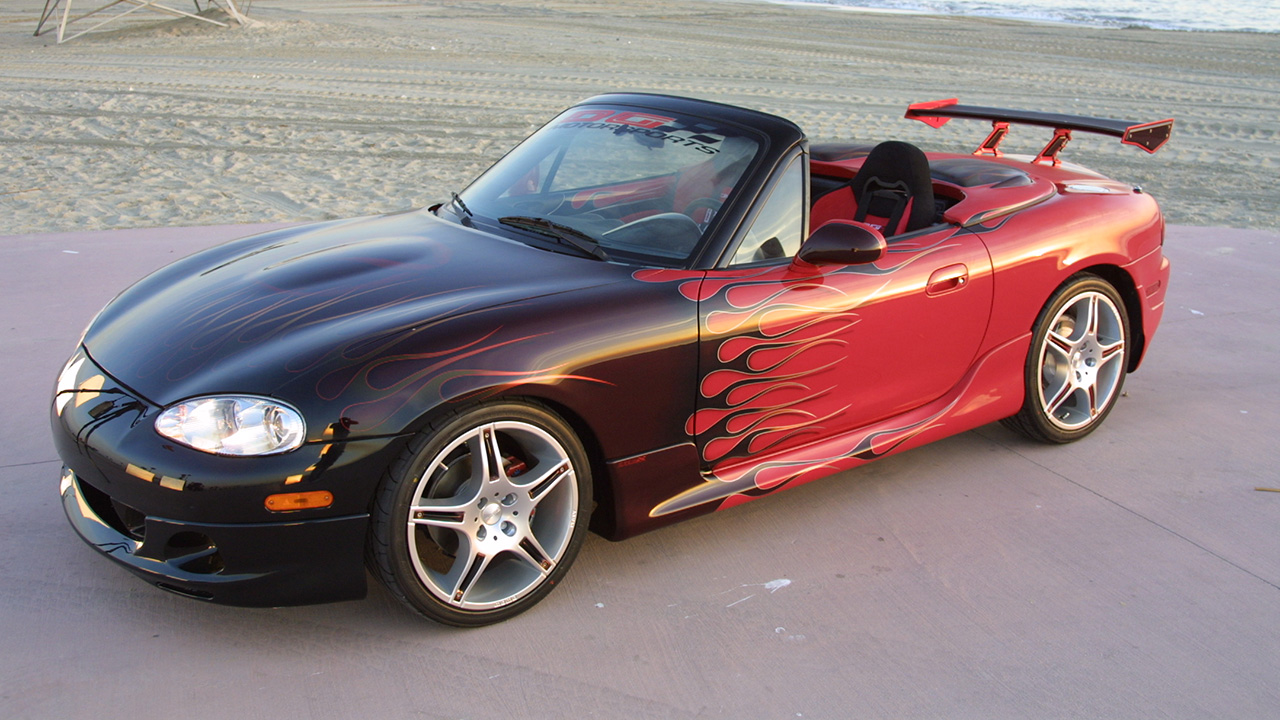 The 2003 Miata has blazing speed to go with its stunning good looks. This aggressive Miata is designed to leave your heart pounding - truly unforgettable. Flyin' Miata provided 250HP of turbocharged speed. This car was featured on the cover of Miata Magazine and graced the pages of several other publications. The incredible paint styling by Dan Hatch of TMI Design is one-of-a-kind. 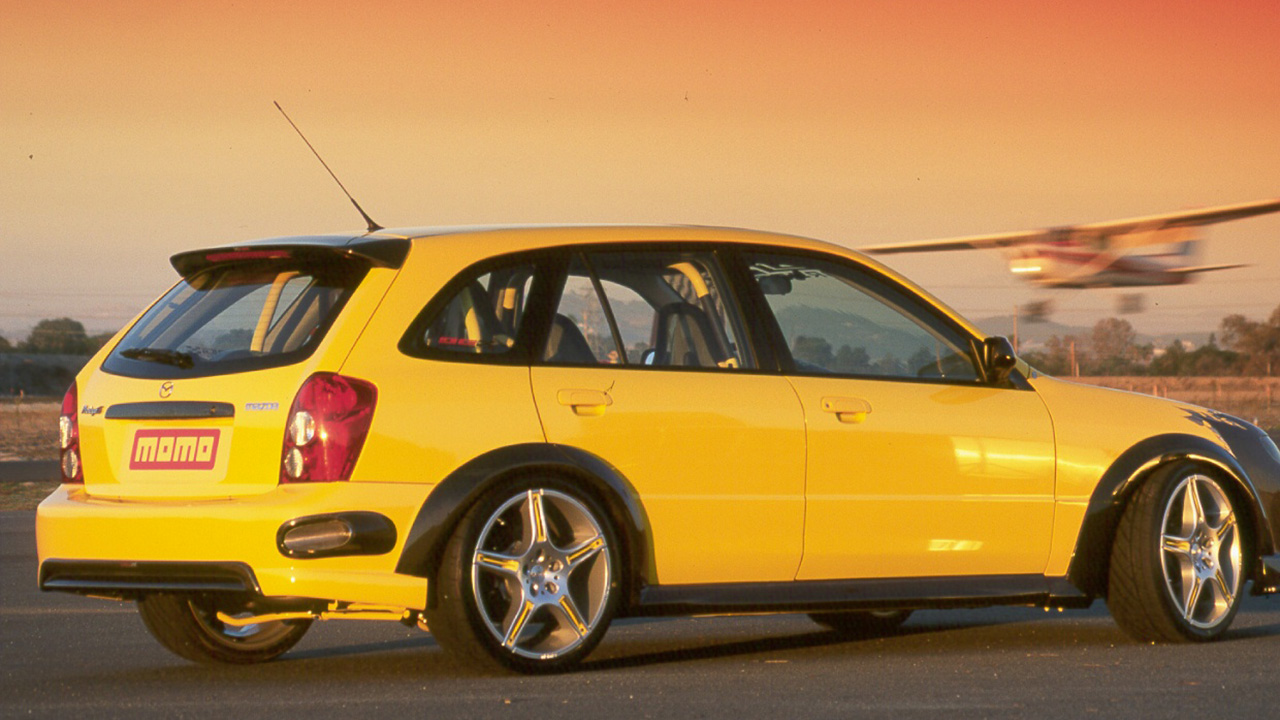 The DGM Protege 5 is a race-inspired dream. This car features a one-piece front end in real carbon fiber, a turbo system by Bell Engineering, a MOMO racing interior, a DG Motorsports wide body kit, and true race suspension. David Green's line of Protege design pieces has been one of our best-sellers. You can get many of these parts at DG Motorsports or one of our authorized dealers. 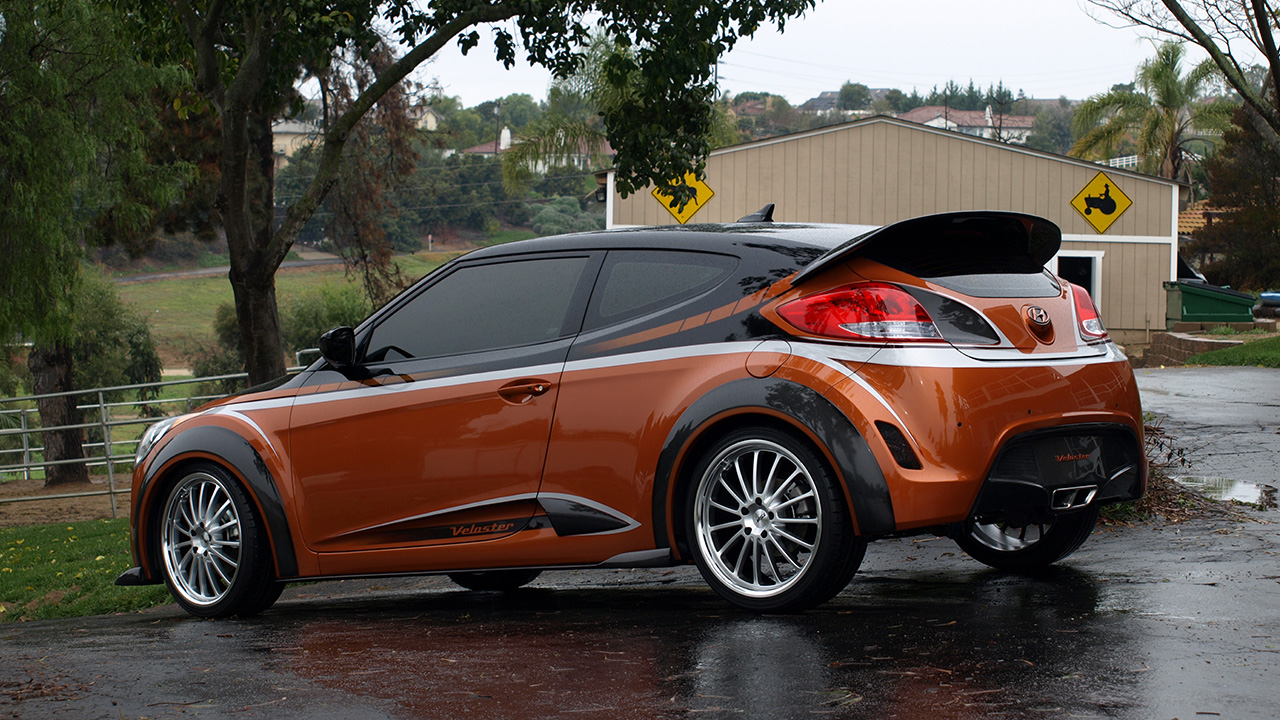 When Hyundai released the Veloster in 2011, they called on David Green to create a showpiece for SEMA that year. The custom designed rear spoiler is a DG Motorsports original - don't settle for imitations! This car also features a body kit and fender flares.